Apple filed with Apple notified the U.S. Securities and Exchange Commission that it will be holding its annual shareholder meeting at 9 a.m. Pacific on Feb. 27 to discuss proposals from the company’s board of directors.

According to the SEC filing, the meeting will be held at Apple’s 1 Infinite Loop campus in Cupertino, Calif., where stock holders of record as of Jan. 2, 2013 can attend and vote for the various proposed measures.

On Thursday Apple disabled Java 7 on Macs that already have the plug-in installed. This just a day since we learned Mozilla added all recent versions of Java to its Firefox add-on blocklist.

The company has disabled Java 7 by updating its antimalware protection system. For reference the file in question is located on Macs here: “/System/Library/CoreServices/CoreTypes.bundle/Contents/Resources/Xprotect.plist.”

If you’re on OS X 10.6 Snow Leopard or higher, Apple has taken care of things for you. If you are using Windows or Linux, we recommend uninstalling Java if you don’t need it and disabling it if you do.

Rovio Entertainment, the guys behind the hugely popular Angry Birds, have released version 1.4 of Angry Birds Space to the App Store.

Users now have another 30 levels to sling their way through as the birds find themselves in a new galaxy called “Splash” with all new water-based planets, underseas life, and pigs in boats.

On January 9th, 2001 Apple released the first version of iTunes at Macworld. The application was based on SoundJam MP, an old piece of software Apple purchased from a development company called Casady & Greene in 2000. Apple simplified the SoundJam MP interface, added CD burning, and rebranded it as iTunes.

END_OF_DOCUMENT_TOKEN_TO_BE_REPLACED

It’s taken about 6 months, but Mozilla has managed to officially Retina-ize its Firefox browser on the Mac. A beta release of Firefox brought Retina support back in November 2012, but today’s public release of version 18 brings it to the masses.
END_OF_DOCUMENT_TOKEN_TO_BE_REPLACED

The New York Times reports on a congressional investigationinto the tax policies of technology giants, including Apple.The Senate Permanent Subcommittee on Investigations is nearly finished with a year-long investigation into the methods that large technology companies use to avoid paying U.S. corporate income tax. Apple, for its part, allocates some 70 percent of its income to overseas affiliates where tax rates are much lower.

It appears that all of Apple’s techniques are legal by U.S. law, though some politicians have said that corporations going to extraordinary lengths to avoid paying income tax and that they are violating the spirit of tax laws.

Apple is now allowing the entry level 21.5″ iMac to be configured with a 1TB Fusion Drive. The Fusion Drive is a built-to-order option for the iMac and Mac mini that combines SSD and traditional hard drives into a single logical volume.

With Fusion Drive in your iMac, disk-intensive tasks — from booting up to launching apps to importing photos — are faster and more efficient. That’s because frequently used items are kept at the ready on speedy flash storage, while infrequently accessed items go to the hard drive. The file transfers take place in the background, so you won’t even notice.

According to the survey conducted by Net Applications  32 percent of Mac users are running Mountain Lion on their machines, while the share of computers running Lion has dropped down to 28 percent.

Mountain Lion’s growth has been impressive since its release on June 25th 2012. It took Lion 10 months to unseat Snow Leopard as the most popular Mac OS, while Mountain Lion only needed five months to grab the number one spot. 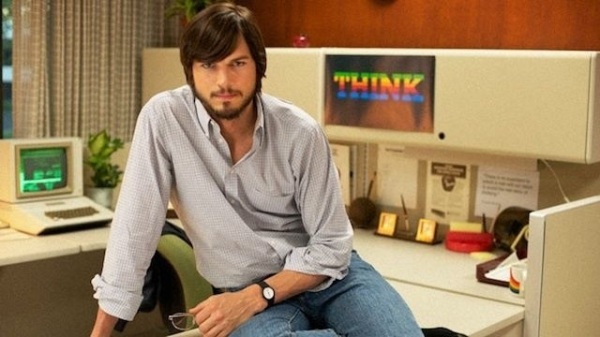 The new Ashton Kutcher Bio-pic “jOBS” will make its premiere at the Sundance Film Festival to a select audience, however new sources revealed that the movie will get a wide release in April 2013.

Ashton Kutcher is set to star as Steve Jobs in the jOBS bio-pic that will chronicle the story of Steve Jobs’ ascension from college dropout to one of the most revered tech CEOs of the 20th century.

In a heist that could have been taken directly out of a Hollywood movie, armed and masked robbers made off with an estimated $1.3 million in Apple products during a heist of an Apple store in central Paris on New Year’s Eve. According to Dow Jones Business News:

“The robbers gained access to the store via a service entrance where they assaulted the store employees, and then “calmly” picked through the boxes of Apple products, taking iPhones, iPads and MacBook laptop computers. The store closed at 1700 GMT (9 p.m. Pacific time) on Monday with a single security guard and a cleaner present, and the thieves entered three hours later.”

The robbers then apparently loaded the stolen products into a vehicle and fled the scene. According to French news reports, the estimated loss was pegged at around $1.32 million U.S., though the police have not confirmed that amount.